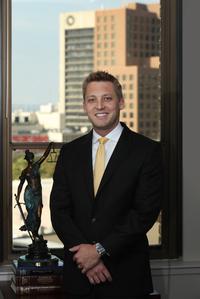 Burke C. Marold has been involved in well over 1,000 different kinds of estate and guardianship cases. Below is just a sampling of some of his more memorable cases:

*An L.L.M. designation denotes that the lawyer who has obtained such credentials has completed one year of training and advanced education, beyond law school, in a specific area of the law.

**Only 2.5% of lawyers in Texas receive this honor.

***Over ten year periods, out of approximately 2,500 graduating law students, only 100 law students receive this recognition. This amounts to 4% of the student body.

Office: Tower Life Building - 310 S. St. Mary's Street, Suite 835 - San Antonio, Texas 78205
Attorney Advertising. Unless otherwise indicated, attorneys are not certified by the Texas Board of Legal Specialization
DISCLAIMER: MAROLD LAW FIRM, PLLC DOES NOT REPRESENT YOU UNTIL WE EXPRESSLY AGREE TO DO SO IN WRITING AND/OR WE HAVE RECEIVED AND ACCEPTED PAYMENT. UNTIL THIS TIME, WE WILL RESPECT YOUR CONFIDENTIALITY BUT NO FORMAL ATTORNEY-CLIENT RELATIONSHIP HAS BEEN CREATED.

Speak directly with a Lawyer today!

Email your questions to: admin@maroldlawfirm.com